Many people’s learn from Failures in their life and Some people lose this Oppertunity. Because Failure always reach you lot of lessons. By these Post We want to Motivate and Inspire you With these Famous Motivational Quotes of life. Which is taken from famous people Experiance.

Don’t give up, just because you fail one time. Failures is your best teacher or Oppertunity. If You want to learn how to learn from Failure, you can read below famous Motivational quotes with images.

“Thinking is the hardest work there is, which is probably the reason so few engage in it.”- Henry Ford, American industrialist and founder of Ford Motor Co.

“I’m a great believer in luck, and I find the harder I work, the more I have of it.”- Thomas Jefferson, former President of the United States 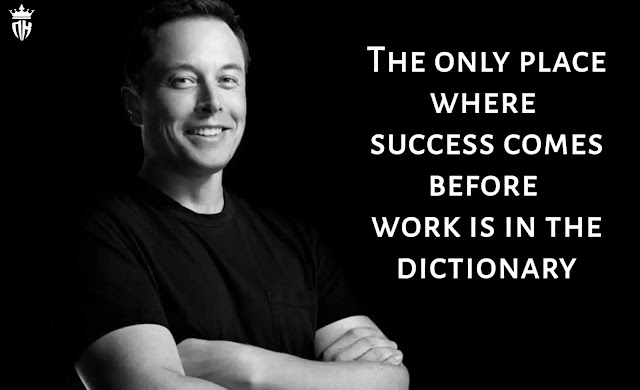 “No matter how hard you work, someone else is working harder.”- Elon Musk, entrepreneur

“The way a team plays as a whole determines its success. You may have the greatest bunch of individual stars in the world, but if they don’t play together, the club won’t be worth a dime.”- Babe Ruth, baseball legend

“Great companies are built in the office, with hard work put in by a team.”- Emily Chang, journalist and executive producer

“If you love your work, you’ll be out there every day trying to do it the best you possibly can, and pretty soon everybody around will catch the passion from you – like a fever.”- Sam Walton, founder of Walmart

“Nothing is particularly hard if you divide it into small jobs.”- Henry Ford, American industrialist

“Satisfaction lies in the effort, not in the attainment.”- Mahatma Gandhi, Indian activist

“Men die of boredom, psychological conflict and disease. They do not die of hard work.”- David Ogilvy, advertising business tycoon

“I know the price of success: dedication, hard work and an unremitting devotion to the things you want to see happen.”- Frank Lloyd Wright, architect and writer

“Doing the best at this moment puts you in the best place for the next moment.”- Oprah Winfrey, media mogul

“What is success? I think it is a mixture of having a flair for the thing that you are doing; knowing that it is not enough, that you have got to have hard work and a certain sense of purpose.”- Margaret Thatcher, former UK Prime Minister 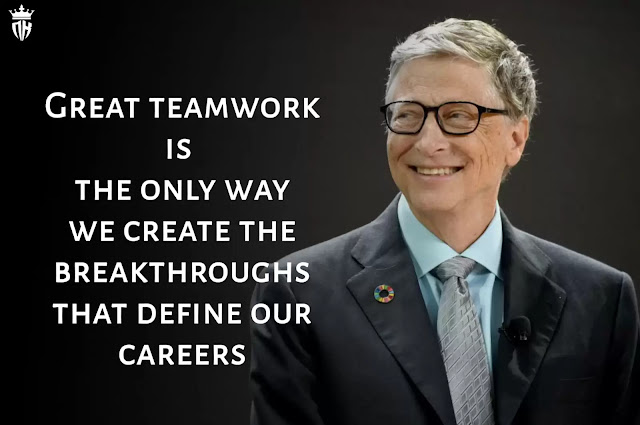 “I have learned that success is to be measured not so much by the position that one has reached in life as by the obstacles which he has had to overcome while trying to succeed.”- Booker T. Washington, educator and presidential advisor

“I think that my biggest attribute to any success that I have had is hard work. There really is no substitute for working hard.”- Maria Bartiromo, television journalist and author

“Sticking to good habits can be hard work, and mistakes are part of the process. Don’t declare failure simply because you messed up or because you’re having trouble reaching your goals. Instead, use your mistakes as opportunities to grow stronger and become better.”- Amy Morin, author and clinical social worker

“For every two minutes of glamour, there are eight hours of hard work.”- Jessica Savitch, television news presenter and correspondent

“I’ve learned that anything in life worth having comes from patience and hard work.”-Greg Behrendt, comedian and author

“I learned the value of hard work by working hard.”- Margaret Mead, author and cultural anthropologist

“It takes a lot of unspectacular preparation to have spectacular results in both business and football.”- Roger Staubach, former NFL quarterback and US Navy officer

“I work hard because I love my work.”- Bill Gates, Microsoft co-founder 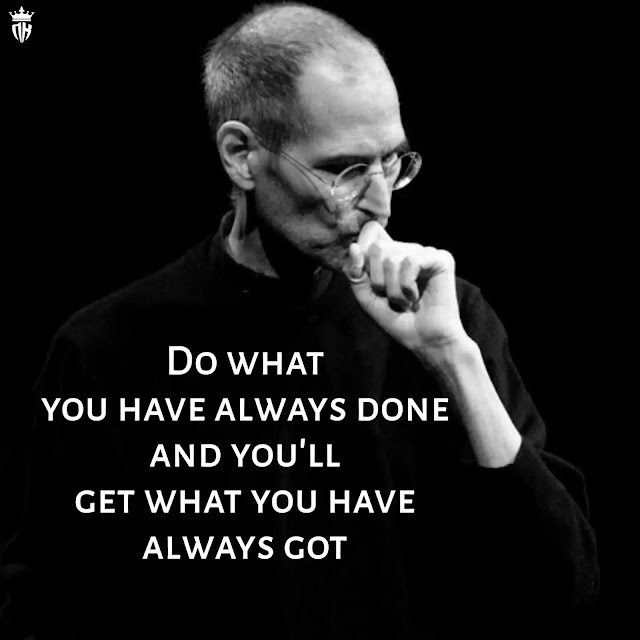 “Diamonds are nothing more than chunks of coal that stuck to their jobs.”-

“Chop your own wood and it will warm you twice.”- Henry Ford, American industrialist

“The only place where success comes before work is in the dictionary.”- Vidal Sassoon, hairdressing business tycoon

“Inaction breeds doubt and fear. Action breeds confidence and courage. If you want to conquer fear, do not sit home and think about it. Go out and get busy.”- Dale Carnegie, American business icon

“I never took a day off in my 20s. Not one.”- Bill Gates, Microsoft co-founder

“The price of success is hard work, dedication to the job at hand, and the determination that whether we win or lose, we have applied the best of ourselves to the task at hand.”- Vince Lombardi, Hall of Fame coach

“Teamwork is the ability to work together toward a common vision. The ability to direct individual accomplishments toward organizational objectives. It is the fuel that allows common people to attain uncommon results.”- Andrew Carnegie, business magnate and philanthropist

“Knowledge comes, but wisdom lingers. It may not be difficult to store up in the mind a vast quantity of facts within a comparatively short time, but the ability to form judgments requires the severe discipline of hard work and the tempering heat of experience and maturity.”- Calvin Coolidge, former President of the United States

“I do not know anyone who has got to the top without hard work. That is the recipe. It will not always get you to the top, but should get you pretty near.”- Margaret Thatcher, Former UK Prime Minister

“Great teamwork is the only way we create the breakthroughs that define our careers.”- Pat Riley, basketball coach 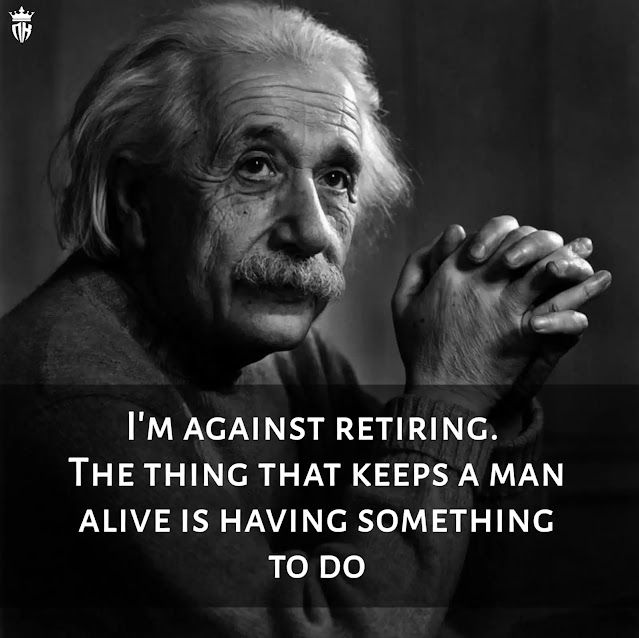 “The best teamwork comes from men who are working independently toward one goal in unison.”- J.C. Penney, retail magnate

“Would you like me to give you a formula for success? It’s quite simple, really: Double your rate of failure. You are thinking of failure as the enemy of success. But it isn’t at all. You can be discouraged by failure or you can learn from it, so go ahead and make mistakes. Make all you can. Because remember that’s where you will find success.”- Thomas J. Watson, CEO of IBM

“The only difference between success and failure is the ability to take action.”- Alexander Graham Bell, Inventor

“I never did anything worth doing by accident, nor did any of my inventions come indirectly through accident, except the phonograph. No, when I have fully decided that a result is worth getting I go about it, and make trial after trial until it comes.”- Thomas Edison, inventor and businessman

“Keep on going, and the chances are that you will stumble on something, perhaps when you are least expecting it. I never heard of anyone ever stumbling on something sitting down.”- Charles F. Kettering, auto industry magnate

“Entrepreneurship is a great leveler. The wonderful thing is that money is not the sole currency when it comes to starting a business; drive, determination, passion and hard work are all free and more valuable than a pot of cash.”- Richard Branson, Serial entrepreneur

“I’m against retiring. The thing that keeps a man alive is having something to do.”- Colonel Sanders, KFC founder

“Talent is cheaper than table salt. What separates the talented individual from the successful one is hard work.”- Stephen King, American author

“If you are willing to work hard and ask lots of questions, you can learn business pretty fast.”- Steve Jobs, Apple co-founder

“Luck is a dividend of sweat. The more you sweat, the luckier you get.”- Ray Kroc, American fast food tycoon

“The three great essentials to achieve anything worth while are: Hard work, stick-to-itiveness, and common sense.”- Thomas Edison, inventor

“It’s not about money or connection — it’s the willingness to outwork and outlearn everyone.”- Mark Cuban, American investor

“In the end, all business operation can be reduced to three words: people, products, and profits. Unless you’ve got a good team, you can’t do much with the other two.”- Lee Iacocca, President, CEO of Chrysler

“I’ve read something that Bill Gates said about six months ago. He said, ‘I worked really, really hard in my 20s.’ And I know what he means because I worked really, really hard in my 20s too. Literally, you know, 7 days a week, a lot of hours every day. And it actually is a wonderful thing to do, because you can get a lot done. But you can’t do it forever, and you don’t want to do it forever, and you have to come up with ways of figuring out what the most important things are and working with other people even more.”- Steve Jobs, Apple co-founder

“There are no secrets to success. It is the result of preparation, hard work, and learning from failure.”- Colin Powell, former U.S. Defense Secretary

“Without labor, nothing prospers.”- Sophocles, philosopher

“There is no time for cut-and-dried monotony. There is time for work. And time for love. That leaves no other time.”- Coco Chanel, fashion icon

“The average person puts only 25% of his energy and ability into his work. The world takes off its hat to those who put in more than 50% of their capacity, and stands on its head for those few and far between souls who devote 100%.”- Andrew Carnegie, business magnate and philanthropist

“Success is no accident. It is hard work, perseverance, learning, studying, sacrifice and most of all, love of what you are doing or learning to do.”- Pele, Brazilian soccer player

“Success is not final; failure is not fatal. It is the courage to continue that counts.”- Winston S. Churchill, former British Prime Minister

Thanks For Reading Our Famous Motivational Quotes of Life

Hii, I am Motivation King And i love To motivate Others by All Motivational Quotes, Attitude Quotes, Inspirational Quotes, Success Quotes, Status And Shayari. And i also Loved To Make Images For Your Attention.