Skip to content
Hello and Welcome back Guys in our new Collection. Today is Special for you because here we share the Quotes which is  Written and Speak by God Of Geniuses world. Today We will share Albert Einstein Quotes and Sayings.

Einstein was born in the German Empire, but moved to Switzerland in 1895 and renounced his German citizenship in 1896. This led him to develop his special theory of relativity during his time at the Swiss Patent Office.

Although initially treated with skepticism from many in the scientific community, Einstein’s works gradually came to be recognised as significant advancements. 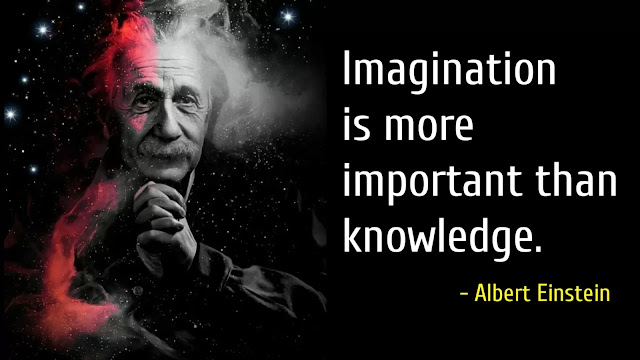 In 1933, while Einstein was visiting the United States, Adolf Hitler came to power. Because of his Jewish background, Einstein did not return to Germany. He published more than 300 scientific papers and more than 150 non-scientific works.

His intellectual achievements and originality have made the word “Einstein” synonymous with “genius“.

So without wasting your time let’s start Famous Albert Einstein quotes and Sayings with Powerful Voice. Hope You learn a lot of Lessons by them.

“Any intelligent fool can make things bigger, more complex, and more violent. It takes a touch of genius — and a lot of courage to move in the opposite direction.”

“Imagination is more important than knowledge.”

“Gravitation is not responsible for people falling in love.”

“I want to know God’s thoughts; the rest are details.”

“The hardest thing in the world to understand is the income tax.Reality is merely an illusion, albeit a very persistent one.The only real valuable thing is intuition.”

“A person starts to live when he can live outside himself.”

“I am convinced that He (God) does not play dice.” 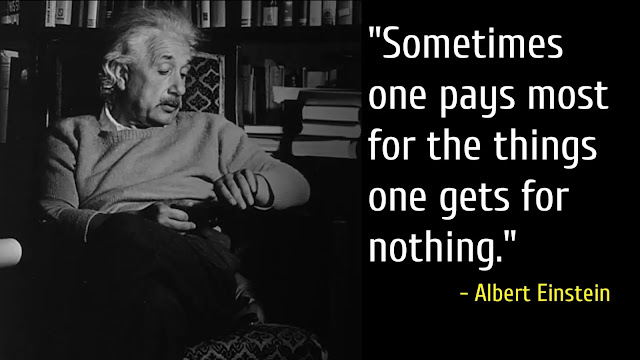 “God is subtle but he is not malicious.”

“I never think of the future. It comes soon enough.”

“The eternal mystery of the world is its comprehensibility.”

“Sometimes one pays most for the things one gets for nothing.”

“Science without religion is lame. Religion without science is blind.”

“Anyone who has never made a mistake has never tried anything new.”

“Everything should be made as simple as possible, but not simpler.”

“Common sense is the collection of prejudices acquired by age eighteen.”

“The secret to creativity is knowing how to hide your sources.”

“The only thing that interferes with my learning is my education.”

“God does not care about our mathematical difficulties. He integrates empirically.”

“The whole of science is nothing more than a refinement of everyday thinking.”

“Technological progress is like an axe in the hands of a pathological criminal.”

“Peace cannot be kept by force. It can only be achieved by understanding.”

“We can’t solve problems by using the same kind of thinking we used when we created them.”

“Education is what remains after one has forgotten everything he learned in school.”

“The important thing is not to stop questioning. Curiosity has its own reason for existing.”

“Do not worry about your difficulties in Mathematics. I can assure you mine are still greater.”

“Equations are more important to me, because politics is for the present, but an equation is something for eternity.”

“If A is a success in life, then A equals x plus y plus z. Work is x; y is play; and z is keeping your mouth shut.”

“Two things are infinite: the universe and human stupidity; and I’m not sure about the the universe.”

“Whoever undertakes to set himself up as a judge of Truth and Knowledge is shipwrecked by the laughter of the gods.”

“In order to form an immaculate member of a flock of sheep one must, above all, be a sheep.”

“The fear of death is the most unjustified of all fears, for there’s no risk of accident for someone who’s dead.” 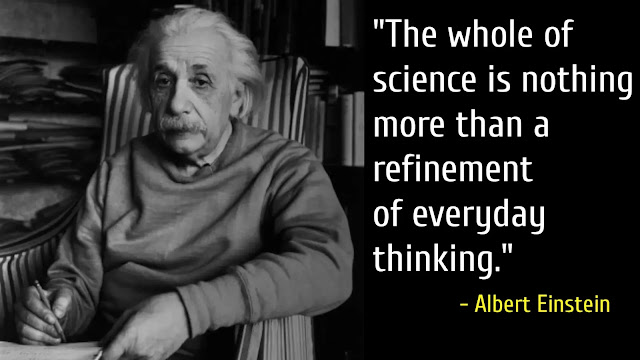 “Heroism on command, senseless violence, and all the loathsome nonsense that goes by the name of patriotism — how passionately I hate them!”

“No, this trick won’t work…How on earth are you ever going to explain in terms of chemistry and physics so important a biological phenomenon as first love?”

“My religion consists of a humble admiration of the illimitable superior spirit who reveals himself in the slight details we are able to perceive with our frail and feeble mind.”

“Yes, we have to divide up our time like that, between our politics and our equations. But to me our equations are far more important, for politics are only a matter of present concern. A mathematical equation stands forever.”

“The release of atom power has changed everything except our way of thinking…the solution to this problem lies in the heart of mankind. If only I had known, I should have become a watchmaker.”

“Great spirits have always found violent opposition from mediocrities. The latter cannot understand it when a man does not thoughtlessly submit to hereditary prejudices but honestly and courageously uses his intelligence.”

“The most beautiful thing we can experience is the mysterious. It is the source of all true art and all science. He to whom this emotion is a stranger, who can no ln to wonder and stand rapt in awe, is as good as dead: his eyes are closed.”

“A man’s ethical behavior should be based effectually on sympathy, education, and social ties; no religious basis is necessary. Man would indeeded be in a poor way if he had to be restrained by fear of punishment and hope of reward after death.”

“The further the spiritual evolution of mankind advances, the more certain it seems to me that the path to genuine religiosity does not lie through the fear of life, and the fear of death, and blind faith, but through striving after rational knowledge.”

“Now he has departed from this strange world a little ahead of me. That means nothing. People like us, who believe in physics, know that the distinction between past, present, and future is only a stubbornly persistent illusion.”

“You see, wire telegraph is a kind of a very, very long cat. You pull his tail in New York and his head is meowing in Los Angeles. Do you understand this? And radio operates exactly the same way: you send signals here, they receive them there. The only difference is that there is no cat.” 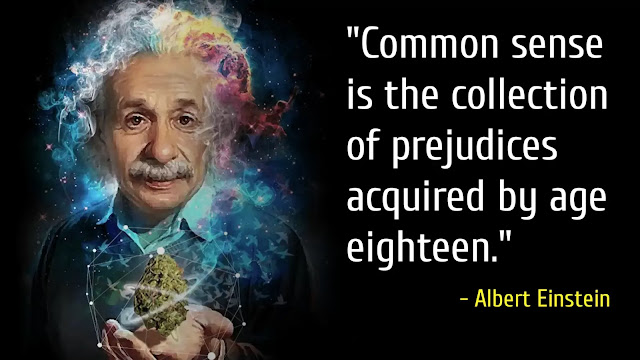 “one of the strongest motives that lead men to art and science is escape from everyday life with its painful crudity and hopeless dreariness, from the fetters of one’s own ever-shifting desires. A finely tempered nature longs to escape from the personal life into the world of objective perception and thought.”

“He who joyfully marches to music rank and file, has already earned my contempt. He has been given a large brain by mistake, since for him the spinal cord would surely suffice. This disgrace to civilization should be done away with at once. Heroism at command, how violently I hate all this, how despicable and ignoble war is; I would rather be torn to shreds than be a part of so base an action. It is my conviction that killing under the cloak of war is nothing but an act of murder.”

“A human being is a part of a whole, called by us _universe_, a part limited in time and space. He experiences himself, his thoughts and feelings as something separated from the rest… a kind of optical delusion of his consciousness. This delusion is a kind of prison for us, restricting us to our personal desires and to affection for a few persons nearest to us. Our task must be to free ourselves from this prison by widening our circle of compassion to embrace all living creatures and the whole of nature in its beauty.”

Thanks For Reading Albert Einstein Quotes

If You learn something new By these Albert Einstein Quotes and Sayings than Give us a feedback in the comment box. And also share You own thoughts and Life Experiance.